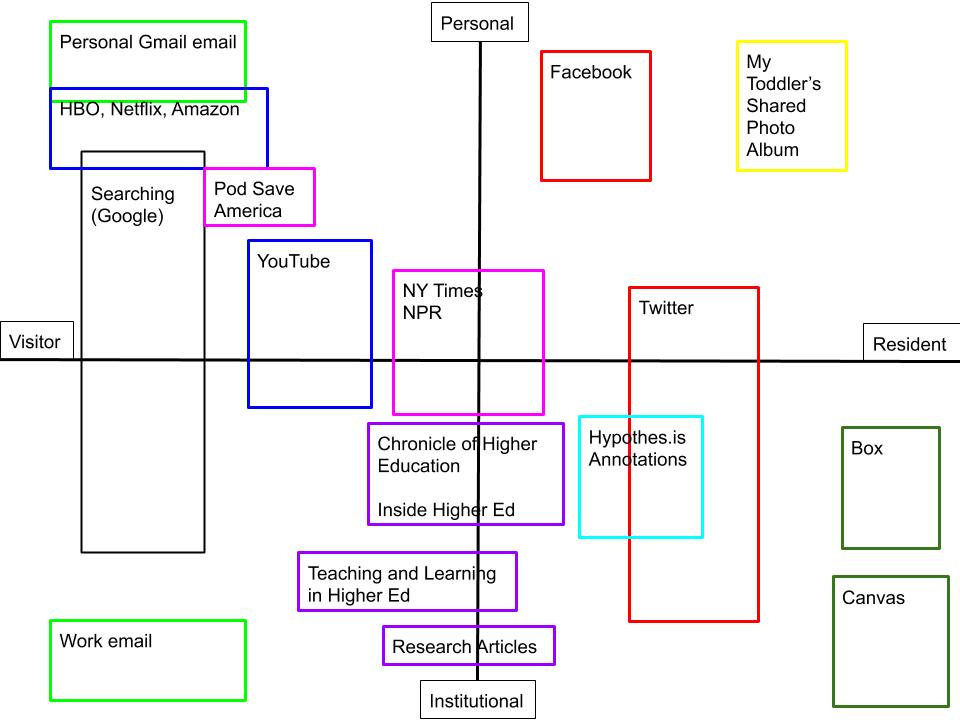 I used to see Lane in places we both probably shouldn’t have been on a school night. Beer in hand, I’d turn away from the opening act scrambling to pack their gear on stage, and there was Lane.

We’d wave goodbye, and then tomorrow would arrive. Very large coffee in hand, I’d walk into my English class, and there was Lane. He knew enough about the Unspoken Rules of How to Be Cool not to wear the Spoon or TV on the Radio or Grizzly Bear t-shirt he’d almost certainly purchased the night before. I imagine our ears were both ringing when we settled into the day’s lesson on Shakespeare. Then the bell rang, class ended, and on our way out we’d chat about the show before he turned into biology and I readied for another class of 9th grade English.

Chance meetings with Lane at indie rock shows in Chicago were some of my first experiences with context collapse. Those concerts, now 15 years in the past, made me feel vulnerable. I lacked control. Gone was my teacher identity and all it provided me (authority; respect; a certain cool aloofness). In its place was me, Charles, a music fan with obviously impeccable taste like my student Lane, who in fact was both my student at the same time he was another music fan with obviously impeccable taste. Our clear identities got messy.

Lane popped into my head after completing my visitor-resident map and reading Bonnie Stewart’s piece “in praise of living in public.” My map, up above, revealed something: I’m actively, if however slowly, seeking context collapse between my personal and institutional digital identities, especially on Twitter. Or, at least I’m growing more comfortable with context collapse. Why? For one, I no longer require as many rigid distinctions in my life. I’m more flexible, more interested in fluidity. Having a two-year-old may have helped jettison my need for control just a tad. Another reason has to do with the fact that I’m still pretty new to higher ed and I want to learn and participate in higher ed communities – such as Pedago.me and Critical Digital Pedagogy – that I find compelling. I see the Twitter posts from people who’re active in these communities, and these people seem to blend the personal and the institutional rather gracefully.

I say “seem” because I don’t know the invisible costs such blending might inflict. The invisibility raises other questions for me, particularly about the resident-visitor paradigm, some of which Sarah Lohnes Watulak raised in the Thursday afternoon Zoom call. For example: Whose identities (personal and/or institutional) are welcome in our digital spaces? Who isn’t welcome? What barriers exist to becoming a resident? Who gets to decide when resident status is achieved? And how does a community of residents (and non-residents) acknowledge, value, and erase the labor of its members?

Questions, questions, questions. That’s what, in part, I’m hoping to get out of my DigPINS experience: more questions. Sure, some answers, or at least a few half-answers would be nice, but since I’m new to higher ed, and y’all have been doing this for a while, I want to listen to your questions. I want to hear the stories behind your questions. Which, now that you’re more likely to find me nodding off on the couch at 10pm and not sweating front and center at the Metro, should at least be a little easier.